It’s reported that by 2020, Australians will have access to an internet service 100 times faster than the current 4G network and quicker than our pre-existing broadband.The proposed next (5th) generation wireless network is expected be to so efficient it’ll be theoretically possible to download a high-definition movie almost instantaneously. Put simply – the leap from 4G to the 5G network will offer faster speeds and lower latency – a shorter time interval between sending and receiving data. The opportunity surrounding 5G lies in its speed, reliability and the possibilities it opens for online streaming and the IoT (Internet of Things). 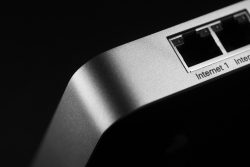 5G will make the Internet of Things more effective and address the evolution beyond mobile internet. The main evolution compared with today’s 4G and 4.5G (LTE advanced) is that beyond data speed improvements, the demand for IoT connectivity will require new types of improved performance. For example, a driverless car will need to communicate in real-time with traffic lights, sensors, camera and radar systems, all while consuming minimal power. If we fast forward to 2020, the low latency of the 5G wireless network makes the concept of ubiquitous connection, a reality.

Current IoT services make performance trade-offs to get the best from current wireless technologies (3G, 4G, WiFi, Bluetooth, Zigbee, etc). Unlike these, 5G networks will be designed to achieve the level of performance needed to power the massive Internet of Things.

In short – yes – 5G speeds will be significantly faster. Currently, 4G LTE transfer speeds top out at about one gigabit per second. That means it takes about an hour to download a short HD movie in perfect conditions. The problem is, people rarely experience 4G’s maximum download speed because the signal can be disrupted by so many different things: buildings, microwaves, other wifi signals. The list goes on and on.

5G will increase download speeds up to 10 gigabits per second. That means a full HD movie can be downloaded in a matter of seconds. It’ll also significantly reduce latency (giving people faster load times). Put simply, 5G will give wireless broadband the capacity it needs to power thousands of connected devices that will reach our homes, offices and portable devices.

5G does more than simply downloading GBs to and from your smartphone, more quickly. 5G is essentially an information conduit being built to connect self-driving cars, VR headsets, delivery drones and billions of interconnected IoT devices inside the home and office.

Given the scale of the 5G opportunity, there are already huge consortiums of major global telecoms working to create worldwide standards around these. Although they’re still in development, experts expect it to be backward compatible with 4G and 3G in addition to having some interoperability across the world. In their most basic form, mobile phones are basically two-way radios. When you call someone, your phone transmits an electrical signal to the nearest cell tower using radio wave.

The 5G networks being planned right now will operate on a high-frequency band of the wireless spectrum. For instance, 4G occupies the frequency bands in chunks of up to 20 MHz, around the 700-2600MHz portion of the spectrum. In the case of 5G, it will likely sit higher on the frequency band up to 6GHz. While higher frequencies can typically move information faster, they don’t travel as far as lower frequencies which means more antennas and signal boosters.

If we think back to the evolution of the wireless network, we’ve come a long way from the transition of analogue voice services that 1G enabled. With each new generation, the advancement of the wireless network has opened up opportunities for voice and data connectivity. 5G will be focused on IoT and critical communications applications.

Tech Slices - What You Need To Know About SD-WAN