Tech Slices – What You Need To Know About SD-WAN

In days gone by, interconnecting branch offices were a labyrinth of routers, WAN path controllers, WAN optimizers, firewalls and other complex components. Aside from being expensive to maintain, managing a convoluted network doesn’t get easier with time. As cloud-based applications become ubiquitous, network professionals are beginning to realise the restrictions of traditional WAN’s. These clunky connections were never architected to handle the rapidly evolving, internet-based environment. Cue Software-Defined Wide Area Networks (SD-WAN). Heralded for lobotomising traditional branch routers, this new kid on the block packs quite a punch.

One of the main characteristics of a SD-WAN is its ability to manage multiple types of connections – from MPLS to broadband to LTE. This makes the process of configuring a branch office faster and simpler to orchestrate. The benefit of SD-WAN lies in the sum of its parts. Most of the technology that makes up SD-WAN has been around for years. While the features aren’t novel in their own right, it’s the way it’s packaged with other components that make it a winning combination. The reality is that most enterprises only need limited functionality, so the value of SD-WAN rests in the fact that it allows you to bundle up the most important features into one functional package.

Lower cost of bandwidth, dramatically reduced running costs, increased control and agility and better business productivity are some of the reasons why distributed organisations are rolling out SD-WANs. This simplistic transformation of branch office networking really starts to shine when dealing with remote or rural areas. SD-WAN lets you aggregate two cheap commercial-grade internet connections and create a bundled link that’s stronger than each individual one. This gives rural sites enough bandwidth to power multiple applications and create seamless branch office connectivity at a lower cost of ownership. 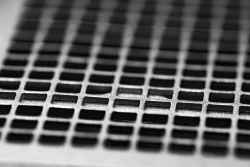 A SD-WAN facilitates seamless connections between multiple branch offices which can all be controlled from a single point. For a networking professional, the ability to manage a WAN through software, from a single interface is a game changer. In the past, making changes to the configuration of a branch would have required an on-site technician to carry out manual changes. A SD-WAN centralises the process and lets you manage and change the bandwidth through a central interface.

Organisations need to continually evolve to remain relevant and competitive. For those with multiple branch sites, SD-WAN can help overcome networking challenges by allowing you to get on with business, wherever that physically is. By flexibly allocating traffic and bandwidth, you can centrally manage a series of remote phone and point of sale systems from headquarters with nothing more than a reliable connection.

Removing complexity and bringing control to a single software interface reduces downtime, increases connectivity and cuts costs. It’s all these assets that make SD-WAN an attractive option for many businesses. It’s estimated that a SD-WAN can be up to two and a half times less expensive than traditional WAN architecture, so it’s no surprise that the industry is tipped to become a $1.3 billion market by 2020.