Blog > Telecom > What is the cloud, anyway?

What is the cloud, anyway? 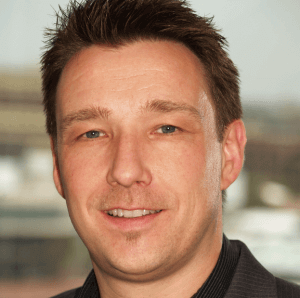 My job as cloud computing expert at Macquarie Telecom is to talk to customers about the cloud and its potential benefits. I see a lot of confusion in the market—while most people have heard of the cloud, many people don’t understand it on a technical level or even know its definition.

What is cloud? It’s an important task to explain to our customers or prospects what the benefits are. Ultimately, people don’t want to run IT because it happens to be the current trend. IT needs to serve a business as efficiently as possible.

The majority of people have a good concept of what the internet is, due to its pervasiveness. Now, cloud computing has come along. It is marketed as a different entity, but what are the major differences between the internet as a whole and cloud computing? First of all, it’s important to understand that cloud computing isn’t the same thing as the internet. To illustrate this, five years ago, people using Google Mail would say that they were just checking their email. Now, suddenly they are in the cloud. While technically they may be correct, what differentiates the internet from this new thing that people call ‘the cloud’?

Why is it actually called ‘the cloud’?

The name originated because clouds were used as a symbol for an unknown network. When you use cloud services, they are often (to a degree) unknown sources. You shouldn’t have to know where it is or exactly how the underlying architecture works. Instead, what you really want to know is how good it is, if it serves your purpose, and if it gives the value that is expected. The cloud is a resource that should fulfil those needs, and it does not equate to the internet.

Everybody expects more for less

Cost is an interesting factor when it comes to the cloud. Everybody expects more for less when it comes to cloud services. Expecting more for less is relatively old—even as old as IT itself. You might have heard of Moore’s Law. Moore’s Law observes how computing power doubles approximately every two years. This also allows the cost of hardware to drop dramatically. During the early days of cloud computing around five years ago, Dropbox, Salesforce, and Google’s cloud solutions became very popular. Since then, not only devices, but also IT services joined what I call the ‘more for less’ game.

Because many companies provided entry-level cloud services at no cost, the cloud became synonymous with services on the Internet that are free. While there is some truth to that (you can get email and even entire operating systems, or infrastructure as a server, entirely for free) organisations don’t build their entire cloud infrastructure on a free model. Even so, the cloud does offer a significant cost savings.

In fact, the U.S. Government announced a cost savings of about US$20 Billion each year just in application development, or what we call ‘Platform as a Service’. This isn’t factoring in the cost of running servers—only application development. That is a significant amount of money. Because of the potential cost savings and the ability to consume resources with very rapid expansion, the uptake of cloud services is incredibly rapid. I previously thought that cloud uptake was fastest in the U.S., but funnily enough, that is no longer the case. Emerging markets, especially Asia-Pacific, are seeing cloud uptake in business applications at over 50%. That rate has readily overtaken the U.S.

Click here to view the benefits of cloud hosting.

The rise of the CI-KNOW

How Much Would 2 Full Days Of Downtime Cost Your Company?